This entry was posted on Monday, November 8th, 2021 and is filed under Blog | 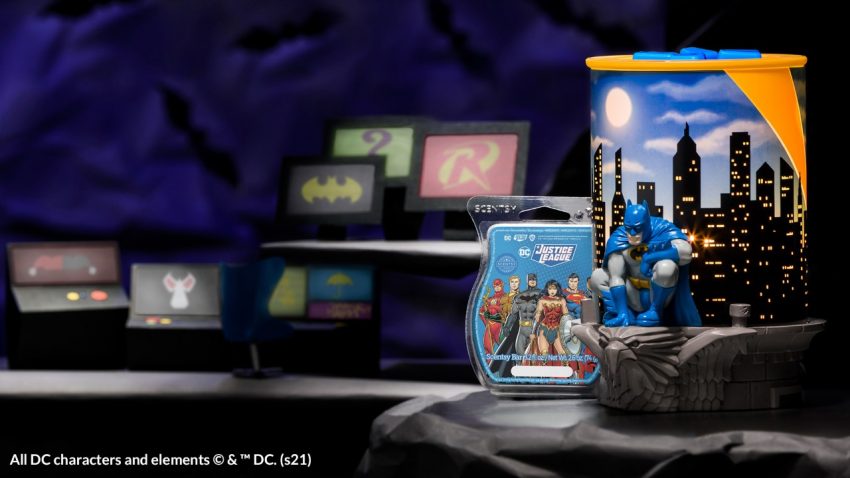 Answer the call for justice with Batman™ and friends

When: Available until Supplies last

The Bat-Signal™ is up!

Our first DC Comics Scentsy Warmer is inspired by one of the most iconic and popular Super Heroes of all time.

The Batman™ – Scentsy Warmer features the Caped Crusader™ perched in the shadows beneath the bright city lights, keeping a watchful eye on Gotham City™. The Batman™ emblem is featured in the wax dish, reminiscent of the Bat-Signal™.

And while Batman™ likes to work alone, he’s bringing along some friends in a heroic new fragrance:

DC Justice League™: Bergamot and sandalwood unite with vanilla and watery greens for a heroic outcome that’s bold and brave.